I thought the house, built in 1898, had some really great features. I loved all the original details. I liked that while it was in plain sight, that it was also private, and far enough away from neighbours, or so I thought.  I knew I didn’t want to live near student rentals, frightening rooming houses, an Air B n B, or anywhere that there was a lot of human intrusion. Commercial neighbours seemed ideal.

The house had a serious case of deferred maintenance, and some unsettling color choices.

In context of the whole, it shouldn’t matter whether I spruced up the entire house, or only changed a lightbulb.

What I didn’t expect to butt up against were grave deficiencies in bylaws and building code within the City of London. I didn’t expect that Site Plans from 70 years ago, that do not even have a written record, would be considered acceptable without periodic review for modern industry. When I bought this house, my neighbour was a used car lot that sold a little gas. It was open 8 hours a day, 6 days a week. The lot was sold, then renovated by a gas station flipper then sold again to an absentee owner. I am now living next to a 24 hour gas and convenience store.

This was possible as the City of London does not require a site plan review if a building is renovated, and there is no change of use. The City also does not require any sort of community input from businesses that want to operate 24 hours a day, even if they are right next door to and/or close to other residences. This is a real problem in areas with a history of street prostitution, drug dealing, drug houses and petty crime. Things like 24 hour convenience stores create a plausible deniability for the creepy johns and drug buyers that cruise my neighbourhood, especially after dark.

The City’s only concern is the correct zoning for the land usage. Yet this planning creates a two tiered standard of development. My new neighbour would not have been permitted to create what they made in a new development from the ground up – there would be guidelines for the square footage, traffic control, buffer zones, lighting, garbage containment and so on.

An even worse discovery was made after the gas station renovation was complete. The vent pipe for the gas station’s underground gas storage tank had previously been located on the northeast corner of the property – next to the industrial neighbour’s parking lot. In the 13 months I lived here, while the used car lot was open, I only smelt gasoline vapours once during a tanker fill. This was on a day we were working on the kitchen, so we were in and out of the back door many times to access the saw set up outside. We could smell this in the yard. I never smelt gasoline in my house. 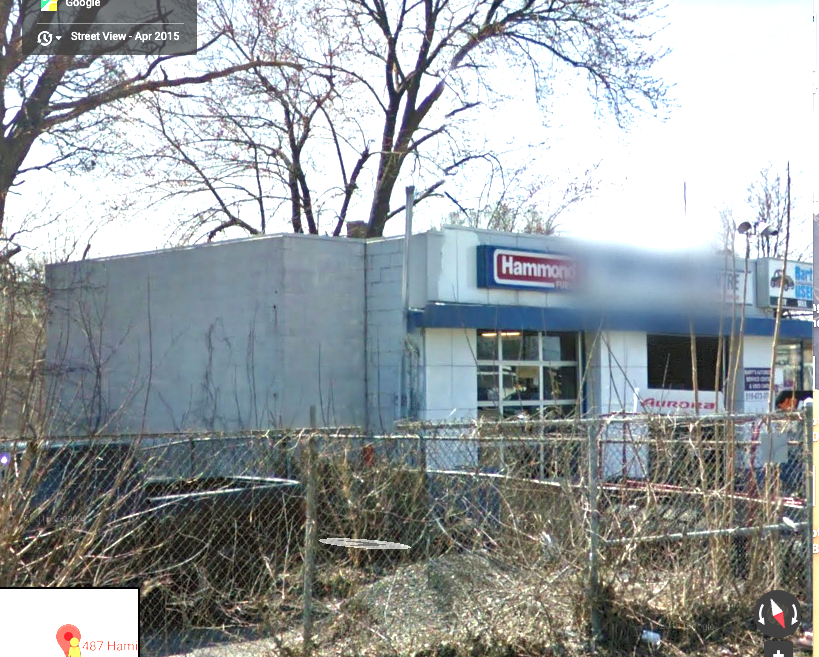 When the station was renovated, the vent location was changed. It was now located 4 feet from the property line. I thought little of this. That was until the day in August, 2018 when suddenly my entire house was flooded with gasoline vapours, which entered through my open windows. It was horrible. I photographed the tanker doing the fill and the driver was not even using the vapour recovery system, as required by law. This is where the real nightmare begins.

(Those three silver pipes on the left are the new location for the vent pipes.) 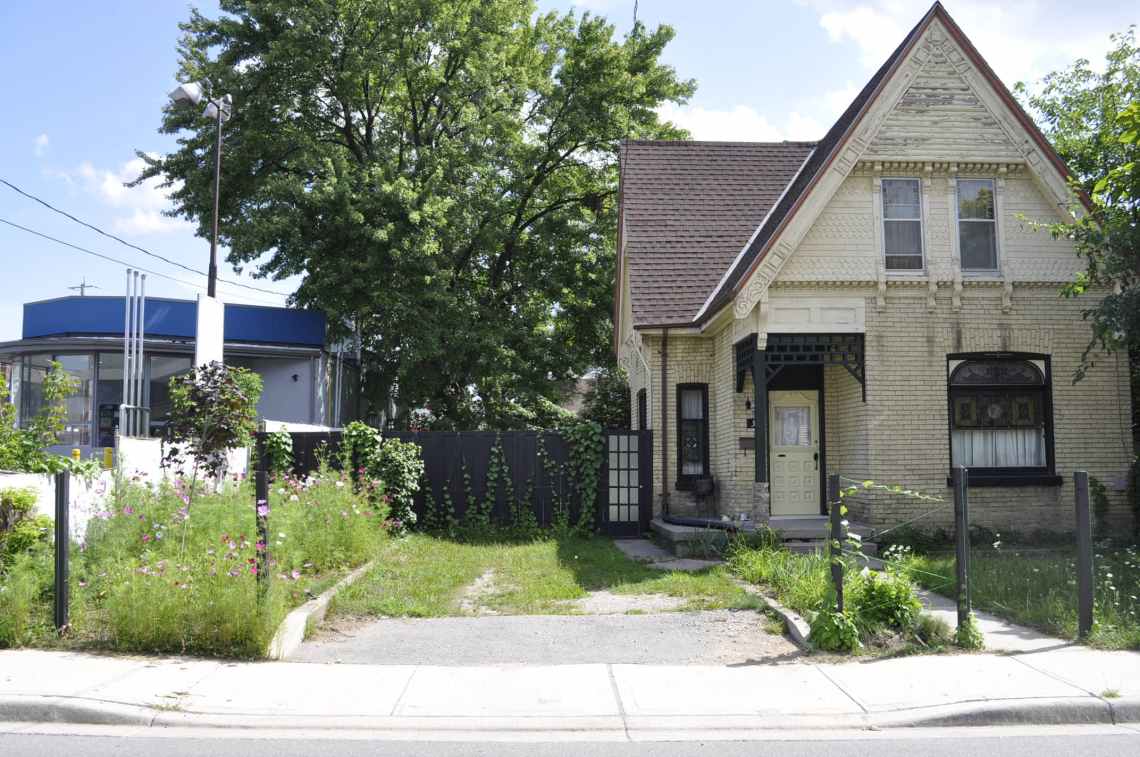 I contacted the TSSA – The Technical Standards and Safety Association. They are the only entity with jurisdiction over liquid fuel handling. They are so opaque as to be obstructive.

There is not even specific code to address residences next to a gas station, bulk loading facility, etc.

It took about a year, but I also discovered how far from a property line an underground gasoline storage tank was permitted to be: 1.5 m. That’s a little over 59″ ! Again there was no separate code for a residential property line. Despite the decades of documentation of LUSTS in North America – Leaking Underground Storage Tanks – that poisoned communities, contaminated groundwater and created clusters of Acute Myeloid Leukemia – this is acceptable code in Ontario in 2021 !

I made multiple complaints to the TSSA and the Ministry of the Environment Pollution Spill Reporting Hotline whenever gasoline vapours entered my home during a tanker refuelling. As the weather got colder, I discovered this happened even with all my doors and windows closed ! And I had storm windows on most of my windows, weather stripping, and doors and windows that fit properly. The gasoline infiltrations would happen whenever there was a wind from the west or northwest.

When I purchased this house, I did not expect that my home would be periodically infiltrated by volatile and carcinogenic gasoline vapours, as a result of the TSSA’s actions, and that they would claim this vent location is acceptable within their code.

I did not expect that my pets would become ill or gravely ill after the renovated gas station opened in July, 2018.

Benzene is an additive to gasoline. It has been known for over 100 years that workers, children and animals exposed to chronic levels of benzene develop blood cancers, cardiovascular issues, neurological problems.

I have gone in circles phoning and emailing municipal, provincial and federal government entities about my issues with the gas station next door. Without exception, they have all deferred to the TSSA.

The City of London has a bylaw that smoking is not permitted within 9m of the entrances to municipal buildings and recreational facilities but nothing on the books that a commercial entity is not permitted to fill an adjacent property with volatile and carcinogenic vapours !

There is nothing I can do to correct or mitigate the vent location. If I attempted to sell my property, I would need to disclose this extremely serious defect – that is not even a result of my own actions.

This blog is a documentation of my experiences with this matter, but I hope the information can help other people in this situation. This is disgraceful.