On numerous occasions I have observed a curious habit at the gas station.

Bags of garbage and miscellaneous debris are placed beside or behind their dumpster, but not IN it. I think it is locked, so perhaps staff cannot always find the key ? Several bags of garbage piled behind the dumpster for weeks froze onto the ground and sat there for more weeks. This week a disturbing bundle was wrapped in what appeared to be a pink child’s blanket. I hoped it wasn’t a dead animal. I prodded it with my foot, and it was plumbing or heating plastic elbow joints = ???

Now the gas station can’t stop people from attempting to put their trash into their dumpster (ie private rental property they pay for). However – the staff could certainly put all trash adjacent to the dumpster, IN the dumpster. This is a minimum expectation for staff.

This is the reason that enclosures are built around dumpsters – to make them less terrible to look at, and so people who aren’t authorized users have less access to them.

When there’s a windy day, the trash that isn’t frozen to the ground blows down the street. No one recovers the XL box from the display drink cooler, or the packaging from lighters or bulk chocolate bars. None of this debris comes from any other neighbours.

Why aren’t they recycling the cardboard ?

It’s maddening. I walked by this trash for a week until I photographed it today. Seriously. 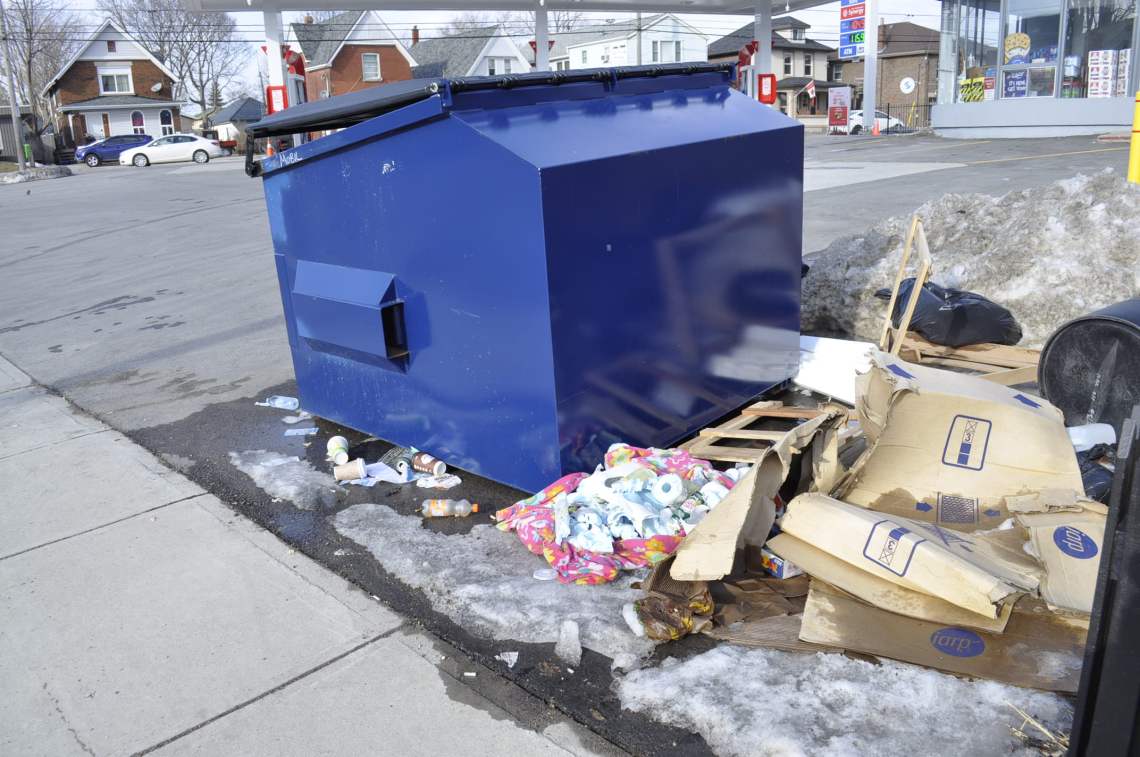