The living room wasn’t a major ordeal. The plaster needed repairs, of course, but it wasn’t so bad, compared to the other battles I previously fought here.

It was a relief to get rid of the chocolate milk color, another room gone. There were the familiar dings and holes but it was more of a minor situation. At least in this context this was minor.

The realtor presented this room the most realistically: 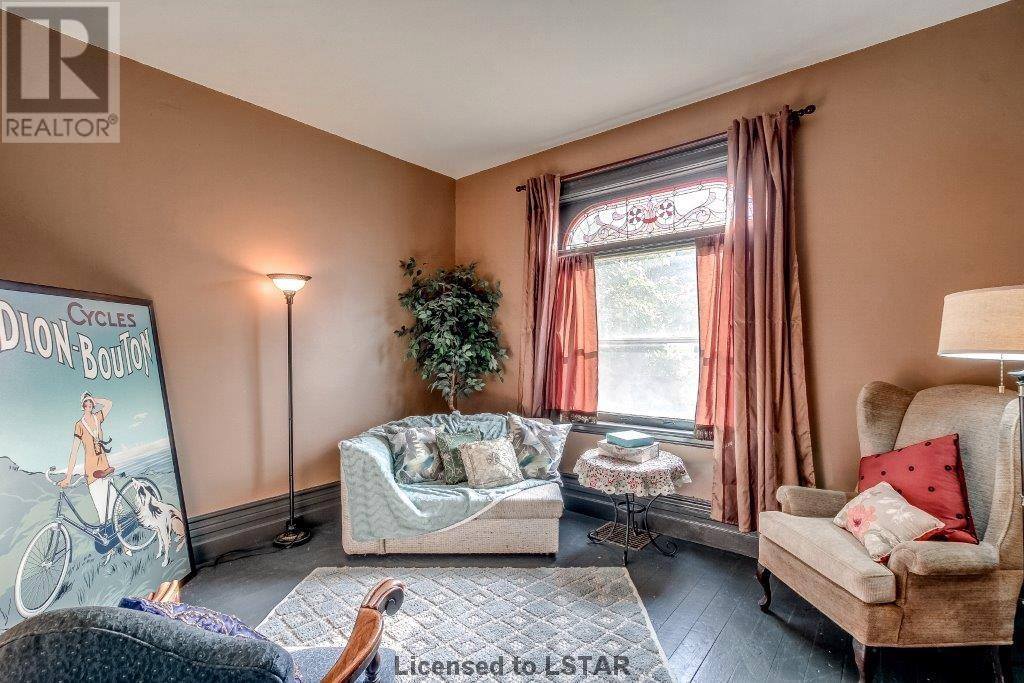 This is what the extent of the repairs looked like:

The walls and the ceiling needed repairs. Of course.

Then I primed and painted it (with BM “Castleton Mist ” HC-1, same as the powder room) and it just looked like a room:

There’s that other cabinet, that matches the one in the kitchen. It’s the perfect size for storing record albums.

One night, just after John had started work in the fall, I was out looking for my missing cat. I spotted a victorian chaise sitting by the side of the road, about 5 blocks away. It was covered in drywall dust, but didn’t have any bad smells. I didn’t know anyone who I could persuade at 11:00 p.m. to help me carry this thing home. I woke up the next day still thinking about it. John arrived, and drove me over to where it had been spotted – and it was still there ! It needed to be reupholstered, but the frame was sound. We loaded it into the truck:

I had been looking for an antique settee for ages. This wasn’t exactly what I was looking for – but it was free. The seduction of free. I had (wisely) planned to buy an antique settee that already had good, professional upholstery in the color I wanted, as this was much cheaper than paying for it to be upholstered. But it was FREE and I had been looking for a year, and the only settees that met my criteria were too far away. Did you know there is a huge amount of fabulous antique furniture in Ottawa ? Yes, it is NOT close to London, at all.

I started working on it in the winter. This was after spiralling into a neurotic state related to the imaginary color  of upholstery velvet I wanted. Years ago I had bought some velvet ribbon, probably from the late 1960’s – which was sort of a minty lime green. This particular color has not been seen since. I sent away for fabric swatches far and wide. A Toronto fabric store advertised some upholstery velvet in this exact shade on their site. I had shopped at this store many times, and they often bought auction lots from businesses that were closing out or selling off excess inventory – so sometimes you would find vintage materials there. I sent a Toronto friend in pursuit, but what they had in stock was a really disappointing synthetic avocado.

Finally I located exactly what I wanted, from a disagreeable place in Missouri.

I worked hard on it. My upholstery experience was limited to basic seat recovering on kitchen chairs. Thank goodness for the internet. I had to pull out what felt like thousands of tiny tacks, from the last upholstery it had. Being an insane person, I re-used these tacks to attach the new upholstery.

It turned out okay ?