The front door always looked a little not right. It was the original door, in good condition. Here’s from when the house was listed:

I’m not a big fan of varnished exterior doors, as they always get sun bleached and that never looks good.

The weather stripping had been oddly applied, visible on the exterior door jamb.

The door just looked sort of crowded. I started poking at things, took off the weather stripping and started scratching my head. I had noticed that there had once been a screen or storm door, as there were the ghosts from the hinges. Whoever sold the aluminum storm windows, and aluminum screen doors was a thorough sales person. There were even matching aluminum plant hangers.

BUT – that installer, c. 1955 -75 +/-. Whew ! I would like to have some words with him. This product wasn’t really designed for an old house. The installer did bizarre things like building up the thresholds, and patched over the wood windowsills, with more wood to make the windows fit.

I patched all the screw and nail holes on the door and door frame, of which there were many. I painted it a light blue-grey-green, which looked alright but didn’t hit the spot. The door looked better but…?

I wondered what was going on above the front door. On the ladder I could see that a 2×4 had been added above the door, to make the ledge by the transom larger. This had apparently been the local bird restroom, as there was a decades worth or more of bird poop on this ledge. It looked like the original frame was intact below. 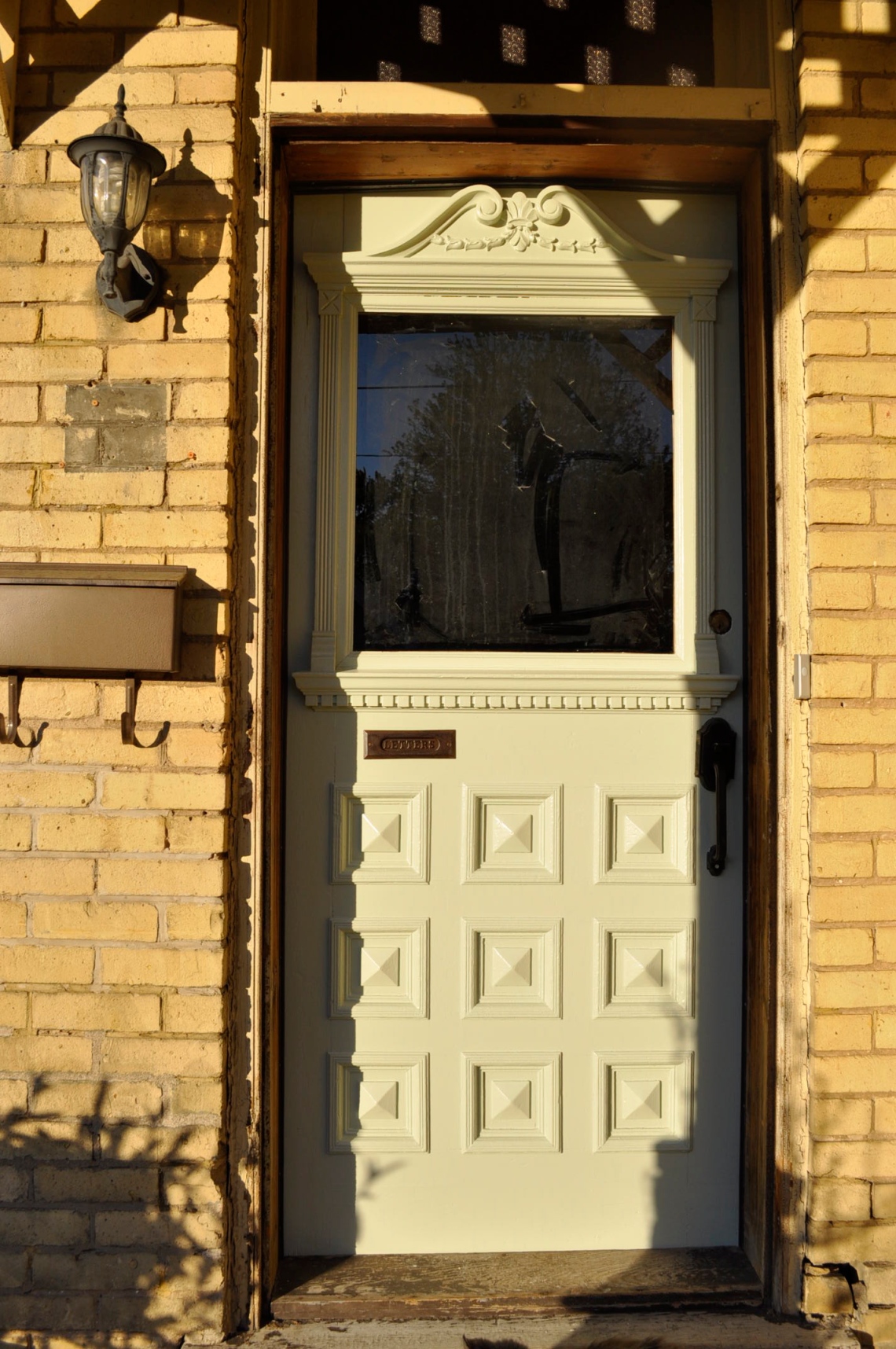 I started bashing away, to dislodge this wood. It was attached using gigantic spriral nails, so it was a feat to get it loosened. Finally I did. The original dentile trim was below, and the door instantly looked less oppressed.

Shame on you, foolish storm window and storm door installer.

(That winter, weather stripping and a door sweep was installed on the INTERIOR side, which helped to actually stop the drafts.)